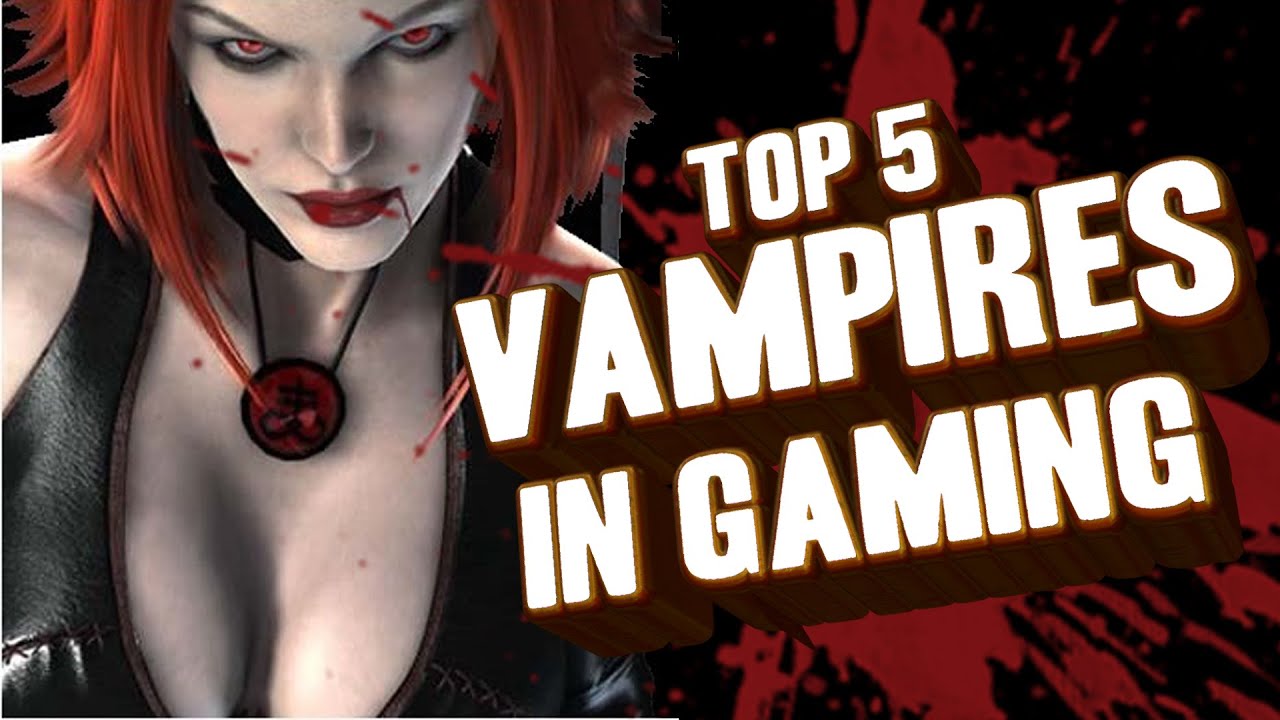 Vampires are eternal. Hundreds of years ago these folklore creatures scared the shit out of people and even now vampires are leading figures in movies and video games. So let’s hide in the shadows, cause here is our top 5 vampires in gaming!

Jeanette and Therese are sisters in Vampire the Masquerade: Bloodlines. Jeanette is super teasing, while club-owner Therese is more serious and businesslike. The cool twist is that they are actually the same person. It’s really hard to please both sides of this female vampire with a split personality. It sure makes for an interesting and unique vampire unlike any other.

A female vampire who kills people with sharp blades and carries loads of guns? Count us in! Bloodrayne is the femme fatale of gaming by being sexy and deadly at the same time. Though her appearance may be a little oversexualised, she turns out to be a pretty bad ass vampire who takes care of business. Too bad most of her games sucked… And not in a vampirey good way.

Vamp is a character with vampire-like attributes in the Metal Gear Solid series who’s really tough to kill. Over the course of Metal Gear Solid 2 and 4 players will witness Vamp’s supposed death seven times, usually at the hands of Raiden. He is highly skilled in hand to hand combat and looks like a total badass in most cutscenes which is just awesome.

Kain is not the only vampire with its own video game series on this list, but he is certainly one of the most scary ones. Being a protagonist and an antagonist in the Legacy of Kain series, he executes Raziel only to save his live later on. Yup, thats weird alright. Too bad it has already been 13 years since we’ve seen Kain as the main character in a video game. You know what to do, Square-Enix!

When you are talking about vampires in video games, you probably think of the Castlevania series first. This franchise has been around for quite a while now and in most of the games Dracula is the main villain that needs to be defeated. Almost every encounter with him is epic, though he always seems to survive and pop up in the next game. Needless to say, Dracula is the ultimate vampire in gaming.

Who is your favorite vampire? Show your support for me the Mysterious Voice-over lady by pressing the like button and leaving your answer in the comments!

ABOUT US
Zoomin.TV Games is the number one source for game related top five videos, but we do a lot more. We stream on Twitch and on Youtube, we interact with you guys – our loyal community – and we cover the biggest gaming events in the world with interviews, previews and reviews.

Be sure to subscribe to our channel and get all the information about games like Final Fantasy XV, Gears of War 4, Uncharted 4: Thief’s End, Doom 4, Mass Effect 4, The Elder Scrolls 6, The Last Guardian, Assassin’s Creed Syndicate, Call of Duty and all the latest video game releases.

PARTNERSHIPS
Zoomin.TV offers Youtube partnerships to gamers who have an opinion about gaming or want to show their skills. You should know you can’t use copyrighted music or videos (like movies and trailers), but your own gameplay videos with your own voice-over is perfect! More information about Youtube Partnerships can be found here: